Overview of the Electric Cooking Landscape in Indonesia

The ever increasing LPG import and subsidy is the main driver for the government to push for conversion to induction stove. Indonesia’s LPG consumption has massively increased since the introduction of the kerosene-to-LPG conversion program in 2007, where about 75% of the LPG demand in 2020 needs to be imported as national LPG production has been stagnant. LPG import soared more than 5 million tonnes in 2009-2020. In addition, the LPG subsidy provided for the 3 kg canisters has also increased and burdened the government budget.

Interestingly from societal perspective, the benefits of transitioning from LPG to induction stoves outweigh the cost. Main benefits come from health improvement (due to less air pollution) and reduced overall fuel spending (including LPG subsidy). The costs come from increased GHG emissions and additional expenses for stove and cookware purchase. From the consumer’s perspective, the attraction of an induction stove comes from its value proposition, including improved safety and more advanced features.

However, the current demand for induction stoves is low as the domestic industry is currently not ready to cater for the potential demand and the electronic component industries are also underdeveloped. Moreover, the existing LPG subsidy policy provides major barrier for the transition.

From consumers’ perspective, the intention to adopt the induction stove is often limited by their household electricity connection power limit since more than 90% of the population has electricity power limit below 1,300 VA, which is insufficient for induction stoves. Some are also concerned about power outages, high upfront cost of the stove and associated utensils, and unsuitability with their cooking behavior.

Click the link below to download and read “Overview of the Electric Cooking Landscape in Indonesia” to learn more about potential adoption of induction stove in urban households especially in the Java-Bali region, the requirements and implications of such adoption, and the proposed recommendations for the policymakers on how to accelerate the adoption of induction stoves in Indonesia. 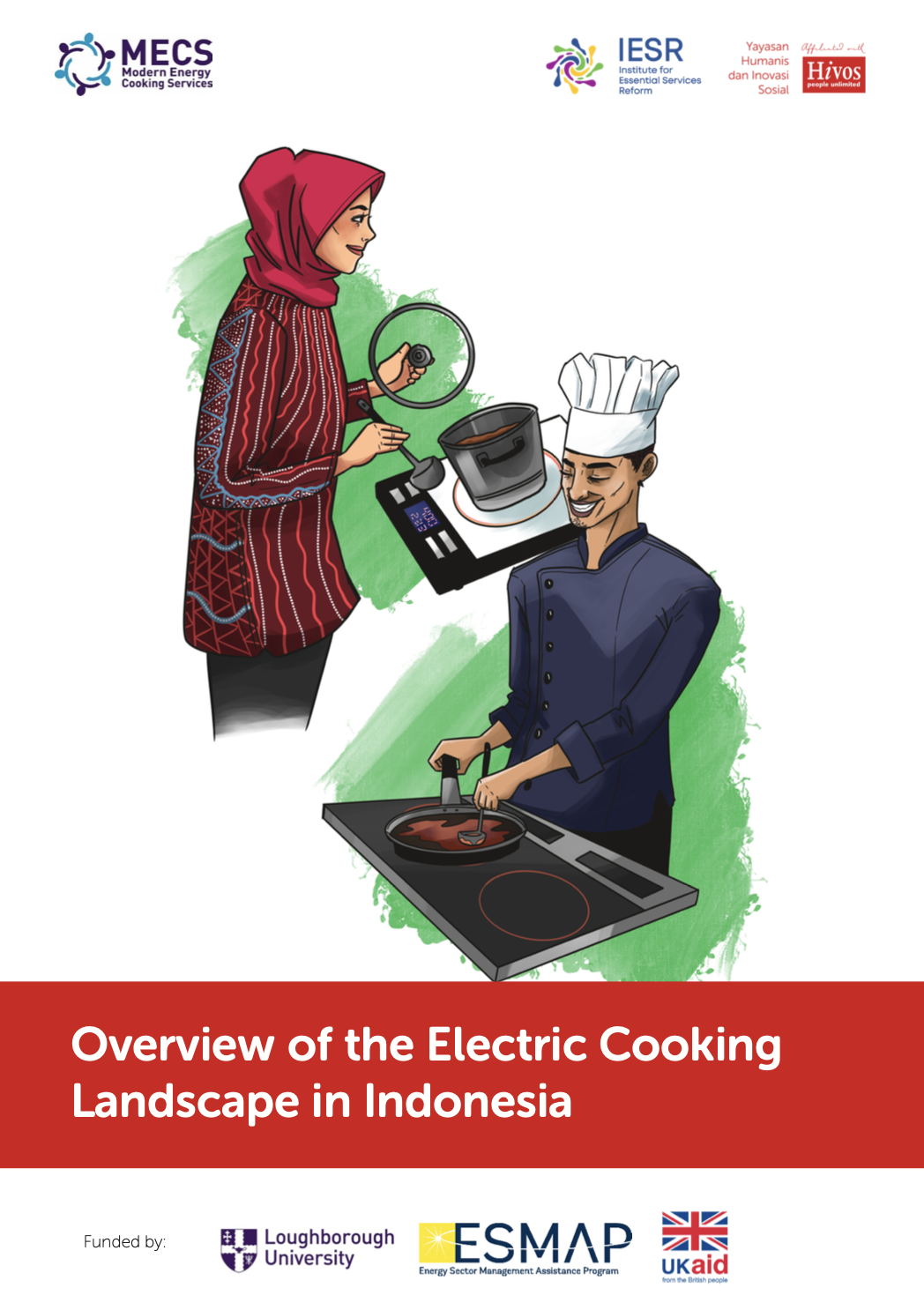 Overview of the Electric Cooking Landscape in Indonesia